Store Bay Leaves in the Freezer, Not the Spice Drawer by Melanie Pinola
Thursday March 5th, 2015 at 2:47 PM

You probably like to keep all your spices and herbs together in one drawer or rack, but there's a good reason to separate bay leaves from the bunch. 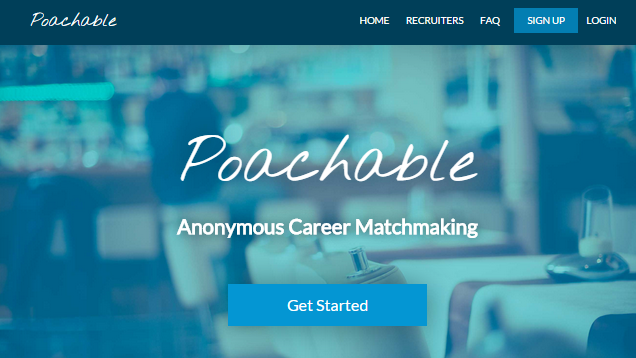 Depending on what kind of work you do, looking for a new job can sometimes be risky when you're already employed. Poachable lets you share that you're interested in other jobs all while remaining anonymous, so no word gets around.

The Only Eight Kitchen Cleaners You Actually Need by Mihir Patkar
Sunday October 5th, 2014 at 8:23 PM

Things get dirty in the kitchen, so you have a long line-up of cleaning tools under the sink. But you don't need them all, says The Kitchn. There are eight items you need and you can probably throw the rest out.

This Infographic Tells You What to Look For When Buying Vegetables by Mihir Patkar
Sunday October 5th, 2014 at 8:18 PM 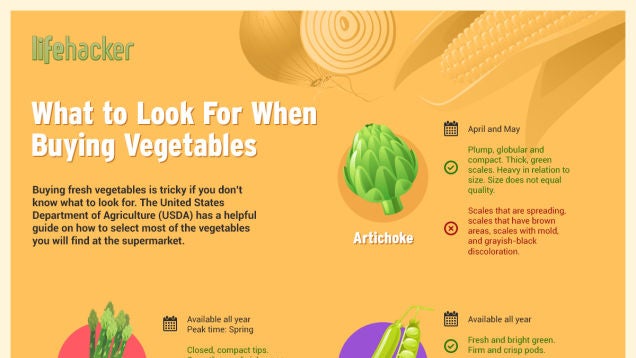 If you are unable to tell which tomatoes are ripe or if that lettuce is fresh, the United States Department of Agriculture (USDA) has a helpful guide on how to select vegetables at the supermarket.

In 1992, photographer Pat Graham took his first photo of his then roommate Isaac Brock—a man who would go on to front the rock band Modest Mouse and leave...
Continue Reading...

In 2010, the first Oaklavia opened the streets of a very sleepy downtown Oakland on a Sunday afternoon. This year, Oaklavia comes full circle, extending Love Our Lake Day from Lake Merritt down 17th Street to Broadway from 11 a.m. to 4 p.m. on Sunday, September 14. The route will pass a very different downtown landscape with many new businesses opening their doors to passers-by and performances and food trucks popping up at Latham Square.

“Once I started to walk more in the neighborhoods in downtown, I started to see a resurgence in businesses,” said Chris Hwang, Walk Oakland Bike Oakland (WOBO) board president. “We realized that there was such potential in downtown.”

Open Streets events reclaim city streets from car traffic temporarily, allowing walkers, bicyclists, skaters, and dancers of all ages to enjoy the civic space. The route, which runs along the east side of Lake Merritt, past the new amphitheater, and down 17th Street, also connects attendees to the 19th Street BART Station and to the public space at Latham Square. Hwang points out that the route includes sites of civic interest, including a new mural at the corner of Alice and 14th Streets.

Last year, 15,000 people turned out for the event, which celebrated the improvements around Lake Merritt built with Measure DD funding. Hwang expects as many as 20,000 this year. “Every Sunday now, the lake is just packed with people. You don’t need a special event to see people at the lake,” she said. She hopes the regular barbeque crowd will enjoy Oaklavia’s roving entertainment and the opportunity to spread out into the streets. “I think it’s going to be a lot more pleasant without cars,” she said. “I think this is a great opportunity to get the kids to run around in the streets.”

Downtown businesses see the event as an opportunity to connect with customers. Some of the restaurants on 17th Street that are normally closed on Sundays, including Stag’s Lunchette and Liba Falafel, will be open during Love Our Lake Day. “I’m a big supporter of Open Streets anywhere,” said Gail Lillian, owner of Liba Falafel, which will be open from noon to 4 p.m. that Sunday, especially for the event. “It’s a great way to let people know that our new restaurant is open.”

Betty Aguilar, general manager of Portal Restaurant,near the Lake Merritt amphitheater, said that she and her staff are promoting the event, handing out flyers to customers and promoting it on their social media.

“I think it’s fantastic. We really love it,” Aguilar said. She appreciates the health benefits of helping people get around without cars, noting that, “90 percent of my staff rides their bikes work.” Sunday is already the restaurant’s busiest day of the week; she expects Love Our Lake Day to have a large, positive impact on Portal’s business.

Hwang sees Love Our Lake Day as “a chance for people to see how their environment, albeit slowly, is changing.” She added, “It’s about civic engagement and understanding where the city is…in building healthful, more sustainable communities.” She hopes Open Streets will “help people realize that it’s not that hard to get into downtown” and discover the ease of movement, on foot and also by bicycle, from one part of the city to the next.